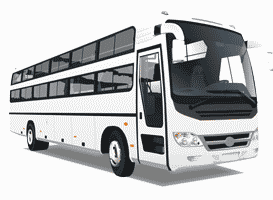 The world transport system includes: a network of routes (land, water, air, electronic), rolling stock of all modes of transport, transport corporations that organize commercial and investment activities in this field, as well as people working in transport.

Transport work is the material basis of geographical and international division of labor. Transport provides links between production and consumption, satisfies the needs of the population in transportation, is of great defense importance.

The volume and structure of transportations determine the level of development and features of the structure of the economy of the country or region, and the configuration of the transport network - features and patterns of placement of economic activity.

The total length of road, rail, water (without sea), air routes is about 30 million conventional kilometers. (The carrying capacity of a conventional kilometer in freight is the same as that of a single-track railroad.) The highest density of the transport network was formed in North America (USA, Mexico, Canada), Europe, including Central and Eastern Europe, Eastern Asia (especially in Japan and East China), the Hindustan Peninsula (India, Pakistan) and the south and east of South America.

In the 1990s, the rolling stock of the world's transport amounted to several million cars and hundreds of thousands of locomotives, more than 600,000 cars, 80,000 ships. Vehicles are constantly being improved.

The railways have a speed of 250-300 km / h. The wagon fleet is replenished with high-capacity wagons and comfortable passenger coaches. Road transport is introducing increasingly comfortable and environmentally friendly passenger car models with relatively low fuel consumption per kilometer.

The commercial marine fleet is replenished with new heavy-duty vessels - supertankers (150-250 thousand tons and more), bulk carriers (for bulk cargo), and specialized ships of the newest classes - container ships, rollers (for transportation of cars and other equipment). marine car and rail ferries, etc. The load capacity and speed of civil aviation aircraft has increased.

The number of people employed in transport in economically developed and developing countries is 6-7% of the economically active population.

Land transport modes in different countries and regions of the world have their own peculiarities related to the size of the territory, the nature of the location of the population, the level of development of the economy, the ratio of work of individual modes of transport and the total volume of its work. Depending on these features, several types of transport systems are distinguished.

North American regional transport systems (SLIA, Canada, Australia) have the highest level of development. They are characterized by high quality highways and rail networks, well-equipped airports and modern seaports. There is an equally high level of development of all modes of transport, but the key in passenger transportation is air (long-distance) and road (regional), and in freight - a combination of auto-mobile and rail transport. Pipeline, inland water and coastal maritime transport also do a great job.

European-type transport systems (Western and Central Europe, Japan) have the world's densest network of all modes of transport, especially highways and railways. The main railways are electrified; on highways, passenger trains are speeding in excess of 200 km / h. The volume of work of rail, road, water (river and cabotage maritime) transport is proportional, but in freight transportations road transport is more important, and in passenger - rail. Air transport provides external passenger transportation.

The transport system of the CIS countries was formed during the Soviet Union and still retains certain features of unity, its expanse